Sometimes Marriage Can Be So Inconvenient 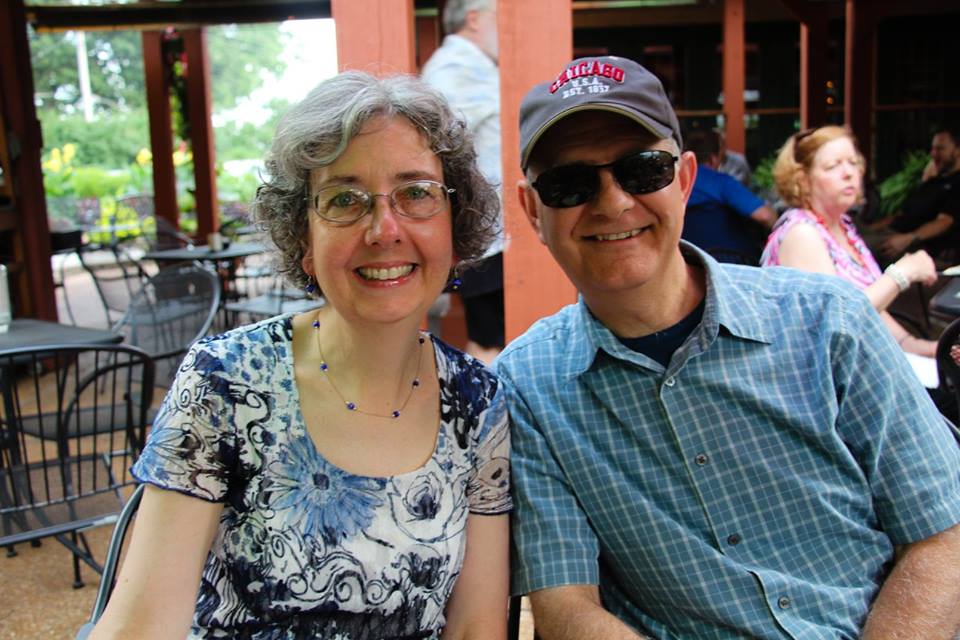 Some of you know that my husband underwent serious eye surgery a couple of weeks ago. During this time, we were amazingly blessed by family and friends who brought him lunch, made a meal, prayed for his healing, or simply “came to entertain him.”

Ed and I both remarked how wonderful it was to see from the recipient’s point of view how well our church functioned when a member was ill. We felt tremendously loved and cared for.

Frankly, there was so much going on the first week after Ed’s surgery that I could not tell you what I was feeling. It took a little while until I could sort out my emotions aside from thankfulness that all was going according to what the doctors told us to expect. If you believe that a counselor is “supposed to have a handle” on her emotions at all times, you can stop reading right now. Such was not the case.

In the days and weeks that followed, I realized that there were times when I felt a little inconvenienced. As Ed’s wife, I was, thrust back into a caregiver role, a position that I had not personally experienced for many years since my daughters moved out of the house and elderly family members passed away.

Though I certainly have clients caring for a loved one, and I facilitate a monthly support group for spouses at a local residential community, it seemed that I forgot what it felt like to be the primary support person for someone important in my life.

The best way to some it up was that I felt like I was living for two people. In addition to my work and daily responsibilities, I had to pick up the slack because my husband was rendered fairly helpless. I was his driver and personal secretary. Household tasks that Ed did seamlessly, I had to do while he spent most of his days watching television, eating wonderful lunches brought by friends, listening to books on tape, and talking to concerned friends on the phone. I was taking him to the doctor, getting his eye drops, picking up his books on tape at the library, crushing the empty soda cans, recycling the newspapers, going to the bank, paying bills…you get the idea.

So, I had to do what I often ask my clients to do and check inside myself to see what I was feeling. Not exactly resentful. Certainly, Ed was appreciative and acknowledged all I was doing. I knew he would do the same for me if the shoe was on the other foot. Maybe I was a little jealous of some of the attention he was getting.

At the same time, reason was kicking in. While I was being inconvenienced, he experienced pain, fear of surgery and helplessness that would last much longer than any of us wanted. I would not trade places with him for all the world. The mere idea of someone cutting on my eyeball makes me queazy!

So, I realized that being a caregiver is very inconvenient. My husband took priority, as he should at a critical time like this.

I told myself, “Sure, he’ll be back to driving and reading in a few weeks.” Though I could see the light at the end of the tunnel, for awhile I was acutely aware that my life is not my own.

I remembered those clauses in our marriage vows, the ones that we all hope we will never have to use. “In sickness and in health.” “For richer or poorer.” “Till death do us part.” Admittedly, I had not thought about those words for awhile because, frankly, life was moving along rather seamlessly.

Was I so blinded by love that I naively thought I would never have to think about my vows after the wedding day? Clearly, I consented to the inconvenience that could follow in the years to come.

I’m Not The Only Person In The Universe

I didn’t want to play “the comparison game”, but I realized some people actually have it much worse than me. It was a major “wake up call”, one that I needed.

I was reminded of my friend who stayed every day and most nights in the hospital for three months with her critically ill husband. Yeah, she was more than inconvenienced. She was scared for his life.

I remembered hearing my single friends talk about having to do all their own home repairs herself or pay someone to do them. They felt alone and helpless.That puts it in perspective.

I am sooooo spoiled. Neither Ed nor I have ever been “down for the count” for such a long period of time. We have both been wonderfully healthy in our 37 years of marriage.

Still, we have been “empty nesters” for several years now. I have some recollection of caring for my daughters. I remember a little, too, of what it was like to care for my elderly parents during their respective illnesses, what it was like to help other family members deal with their end of life concerns.

The significant difference was that I never had to care for Ed like this before.

Maybe We All Desire To Be So Spoiled

On my more cynical days, yes I have those days, too, I think we live in a world where everyone is pretty selfish and spoiled. But you have to admit, wouldn’t it be nice if we could all have our needs met automatically, especially by our spouse?

I love those times when Ed and I seem so in tune with each other that we don’t even have to ask what the other needs. He knows I want tea this morning instead of coffee. I know he wants chicken for dinner tonight instead of pizza.

I fondly remember the times when I got Ed the perfect Christmas present weeks beforehand. I was confident that he would be delighted in what I picked out for him in September.

At times like these we know we got it. No inconvenience. Meeting each other’s needs flows seamlessly without anyone having to ask for what they need. We just want to “know” and “be known”.

This desire plays out in marriage counseling all the time. Of course, no one says directly, “I want you to meet my needs and just know me so well that I never have to want for anything.” But that surely is the implication. We don’t want to have to ask for what we need.

In a sense, we all long to be spoiled by the other. Not very realistic. Then, we are surprised when one of us becomes ill and we feel a little inconvenienced.

Maybe we need those marriage vows after all.